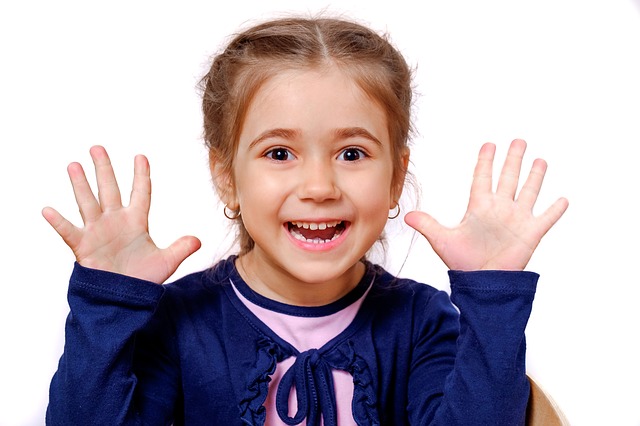 Teeth are incredible. Not only do they help us chew and break down food they also give us our amazing smiles and allow us to communicate effectively. We often take our teeth for granted, but here are 10 incredible facts on our number one passion, teeth.

1. Did you know there is a man in India who holds the world record for tearing the husk off 51 coconuts in just 38 minutes? The man, who is often referred to as the Tooth Warrior and Man With The Diamond Teeth, can also lift a bicycle with just his teeth!

2. The average child has only 20 teeth, but when they turn into adults the number of teeth increases to 32. However, that’s not the case for everyone. Say hello to Vijay Kumar from India. He loves teeth so much there are 37 teeth in his mouth. That’s a whole lot of brushing!

3. Have you heard of Parkash Rishi? He is a multi-Guinness World Record holder. Mr Rishi, who now calls himself Guinness Rishi, has entered the record books for riding a scooter for 1,001 hours and drinking a bottle of tomato ketchup in less than four minutes. However, he is prepared to go to great lengths to achieve his goals. He even removed ALL his teeth in order to fit 496 straws in his mouth to hold that record. Talk about commitment!

4. American Michael Martin holds the world record for the longest time brushing his teeth. Most people stick with the recommended two to three minutes of brushing for a healthy mouth and glistening smile. Not Mr Martin. He recorded a time of 45 minutes and 12.7 seconds! While we admire his dedication, we think it’s time he picked up a new hobby!

5. Don’t underestimate the strength of your teeth. Take Antonios Neonakis from South Africa for example. While most of us use our teeth to eat and smile with, he uses his to pull fire trucks! Yes, he holds the record for pulling a 20,360kgs fire engine for two minutes. I guess he is always useful to have around in a breakdown situation!

6. If you think pulling a fire engine is impressive, wait until you meet Rathakrishnan Velu from Malaysia. Nicknamed King Tooth, Mr Velu pulled a seven-coach train using a steel rope clenched in his mouth! He managed to move the 297 metric ton vehicle more than 2.8 metres.

7. However, lets give it up for the Ukranian strongman Oleg Skavych who set a national record in 2018 by pulling a 677-ton cargo ship with his teeth. Nicknamed “tug teeth”, Mr Skavych moved the ship more than 52 feet!

8. Most babies tend to be born without teeth, but it’s not uncommon for some to be born with one or maybe two teeth already. However, in 1990, Sam Keaney stunned his parents when he arrived into the world with a dozen teeth in his mouth! Doctors extracted those teeth to avoid any possible feeding problems. His second full set of teeth emerged when he was just 18 months old.

9. Having a tooth removed is not a pleasant experience at the best of times. Well spare a thought for poor Urvil Patel in India who holds the record for the longest tooth removed. The tooth, measuring 3.67 centimetres, was extracted by Dr Jaimin Patel in 2017.

10. Now we love teeth. We care for them, protect them and do all we can to keep them in your mouth. However, nobody loves teeth as much as Brother Giovanni Battista Orsenigo. In 1903, the Italian amassed the world’s largest collection of teeth. His collection was calculated at 2,000,744 human teeth. How he amassed this haul remains a mystery, but we’re hoping he was a real-life Tooth Fairy.

So, there you have it. Ten incredible facts you can use to educate and entertain your friends with.

If you are looking to book an appointment with a dentist, call Cheslyn Hay Dental Practice on 01922 663714 or email [email protected]